Accepting even an expert’s opinion as fact, without testing and retesting it in different contexts, can be detrimental to growth and progress. 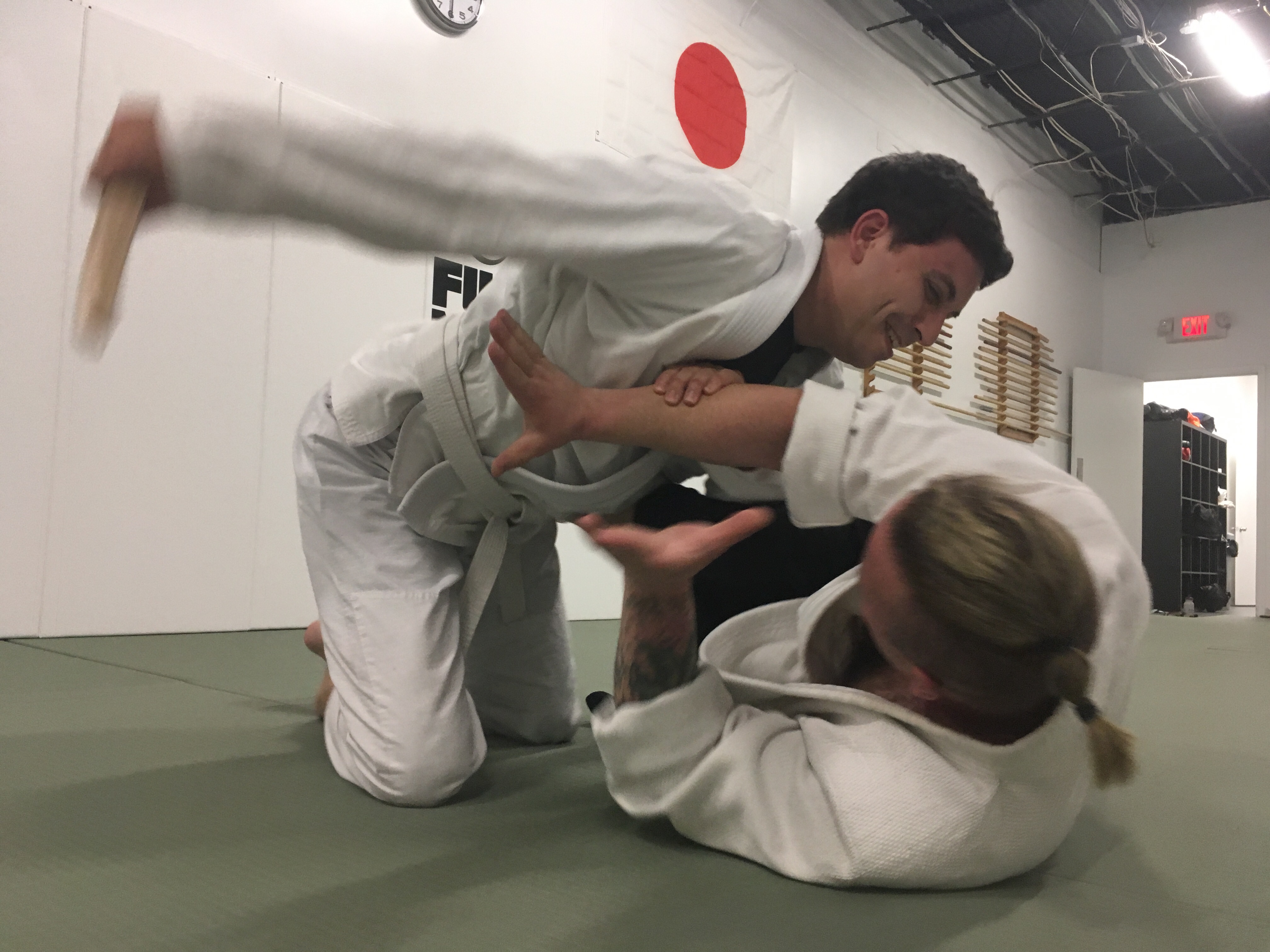 When I first started cross-training in Brazilian jiu-jitsu (BJJ), I accepted the opinion that closed guard is better than open guard for self defense. It seemed logical. There is more postural control in closed guard than in open guard by way of using the legs to control an opponent’s hips and using the arms to control his shoulders and spine, making it easier to both defend against punches and to set up submissions. My mistake was in assuming that this truth was universal in all contexts.

In classical Japanese martial arts, however, it is always assumed that at least one person has a bladed weapon and that the battle is for survival, not submissions. For a technique to be considered valuable to our Taikyoku Budo training group, we test it within this context. This does NOT meant that we believe that an unarmed person has much of a chance against an armed attacker, simply that we train with the awareness that an attacker is likely to be armed.

In our newaza (ground technique) practice, we have experimented with closed guard in a variety of ways, trying different breaks, passes, and sweeps where one person or the other has a knife. In this context, we have discovered that closed guard is useful to a point, but it has some issues depending on who has the weapon.

If the person on his back has the knife, closed guard is valuable if he can break the other person’s posture and angle himself toward the back (crooked guard). Simply breaking posture without proper angling brings the opponent closer to the weapon, risking a battle for control. If the upright person has the knife, closed guard should be aborted in favor of shin guard or knee shield, always with the goal of sweeping or getting back to the feet as quickly as possible. Pulling someone who has a bladed weapon in close is a sure way to get stabbed or cut.