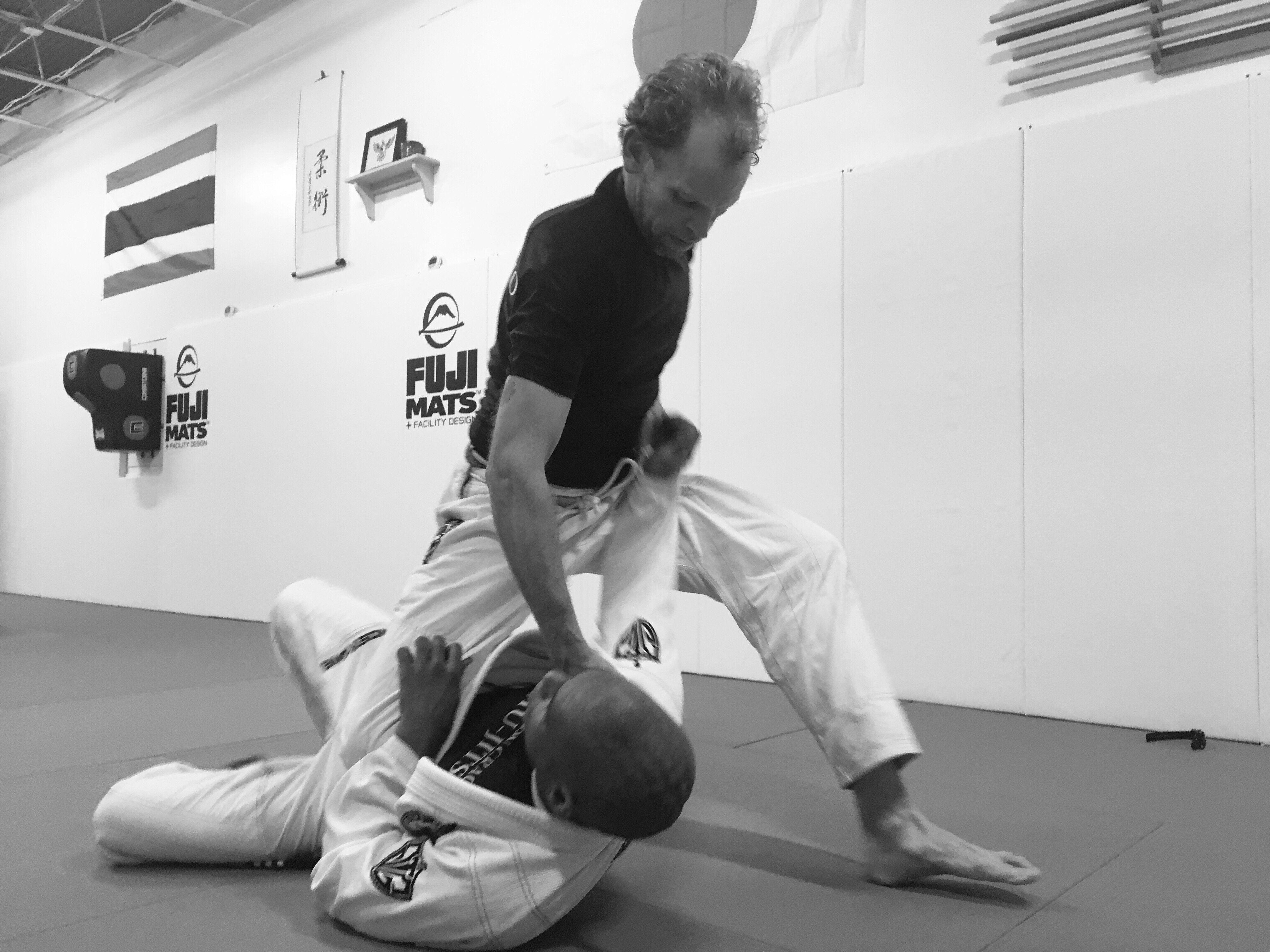 At the heart of Taikyoku Budo (太曲武道) is the belief that all martial movements can be subdivided into five themes or kyoku (曲). These themes create the basis for our solo practice, but also act as a sort of filter through which to analyze and incorporate techniques from other martial studies so that the technique ‘becomes’ Taikyoku Budo.

Here we we see, John, a member of the Taikyoku Budo group at Kogen Dojo practicing uki gatame (floating pin aka knee on belly) against a resisting partner from Kogen Dojo’s Gracie Jiu-Jitsu group, Bowie. Both are working together to find and shore up any instabilities in the position or holes in John’s technique.

This particular version of uki gatame is a good example of Taikyoku Budo’s fourth theme, yonkyoku, spiraling down and away from the body. Observe that as John’s right hand reaches down for Bowie’s collar, his left hand pulls up to counterbalance forces. Likewise, John’s right knee is driving into the ground through Bowie’s torso, while his left leg provides counter support into the ground on the other side, the goal being that John’s entire body works together as a unified whole, maintaining a balance of forces at all times, with as little upper body tension as possible, so that he is as mobile as he is strong from a dominant position, ready for whatever variables Bowie throws at him.